When Hot Press was out of touch with what was happening with real people in Ireland. What do you mean which time??? Re-visit a classic polemic from the one and only Gnarled Führer from RI12, May 2001

By the Gnarled Führer 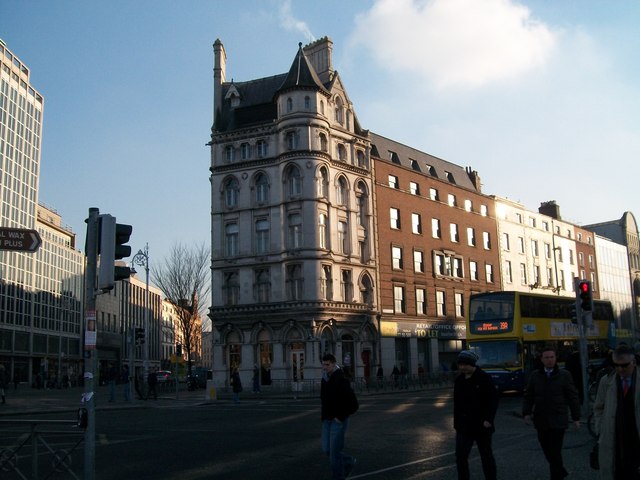 Recently an article in Hot Press was brought to my attention by Gerry RI. It concerned the protest by a few young LOI fans outside the official opening of the Man U Superstore. Boss Hogg, or whatever pseudonym that arsehole, Stokes, uses, accused the protesters of, wait for it, being Nationalistic and possibly even Fascist. Oh yeah, what a load of absolute shite. The young lads should have been congratulated for making a protest against this insidious form of sporting hegemony.

What other country in Europe would have a leader who fucks off to support teams in foreign countries? Good old Bertie, supporter of the Dubs, Man U and Celtic, that unholy trinity beloved of all Dub arseholes. Pity he missed out on Rovers though. In what other country would you get fans booing players from their own country in favour of players from teams from the country of their biggest historical enemy. “You’ll never beat the Irish” – my arse. Even English fans I have spoken to find this daft.

The “Suede Denim Street Police” (copyright Jello Biafra) of Hot Press should get their collective tongues out of Bono’s hole before they have the neck to slag other people. I have always hated that right-on rag and their poxy pseudo-left wing stance. Remember their slogan, “Keeping Ireland safe for rock and roll”, well it is my contention that the young protesters were in their own way making a point about “Keeping Ireland safe for live football”.

So as the reactionary sections of Irish society, the poxy GAA, Fianna Fáil, and certain sections of the media (The Evening Herald, take a bow) continue to persecute all domestic football fans, now is the time to attack back at every opportunity. Whatever the rights and wrongs of the eircom Park debacle, it showed these revolutionary bastards at their bigoted worst. One of the great things about following Shels is that all the old-school brigade have a pathological hatred of the GAA Mafia and their fellow travellers in the Dáil.

P. S. Sick of Britball.
Next time you see someone getting Sky Digital in, go and ask them for their old analogue dish and get some sham to put it up for you. Then sit back and enjoy all the great German football on the dish. FREE TO AIR.